Just when I'd had the scary diagnosis and when I was feeling really frightened, threatened and overwhelmed ... and when I was wondering at that deep inner 'you're not good enough' primal lie level whether this was divine retribution for 'bringing the clergy into disrepute' with my comedy, I got a phone call.

It was on a Sunday morning and it was a guy called Geoff Whiting who runs Mirth Control. I'd done a comedy course with his people six weeks before and Geoff had liked my act. He thought being a minister and a comedian was a great unique selling point.

Now Geoff's a bit of a chatty type—and a very entertaining one, being a comedian himeself—and even though we hardly knew each other he was off like a train so it took a minute or so to get to the point.

Which was that he'd been asked to act as a talent scout for Britain's Got Talent and had given them the names of eighty comedians he thought might be of interest to them.

They came back to him for contact details of fifteen of them. And I was right in there. I was to be shortlisted for the televised auditions before the judges (there are generally two previous auditions) and pretty much guaranteed a spot.

Thames TV got in touch within 24 hours. As a matter of routine, they asked for a video audition tape but the researcher said 'my producer has seen your YouTube video and was falling about laughing. We want you on the show.'

I can't tell you how much that meant to me. Yes, you can be all snobby and all 'bleah—I loathe Simon Cowell-y' and 'yeuch, reality TV-y' but if you are looking for a reason to get up in the morning and to start the fight of your life, trust me, something like this is a Godsend.

And, strangely, I had attracted it. I'd written The Miracle Man all about a Simon Cowell-type figure who became the Messiah of the modern day so I'd immersed myself in X Factor and America's Got Talent for research.

So, on difficult nights I started to visualise what that two-and-a-half minutes in front of David Walliams, Alesha Dixon, Amanda Holden and Simon Cowell would be like. And when it came to pass, it was just as much fun as I imagined it would be.
at February 06, 2014

I NEED the next installment to this!

Time For Some Not Fake Food. 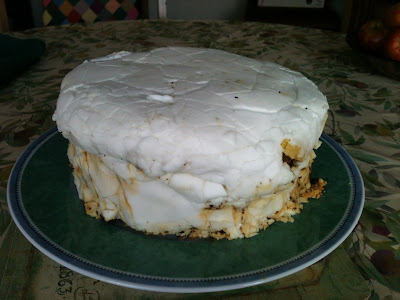 If you enjoy this blog and would like to donate to support it, that would be fabulous! Thank you.

Promote your Page too